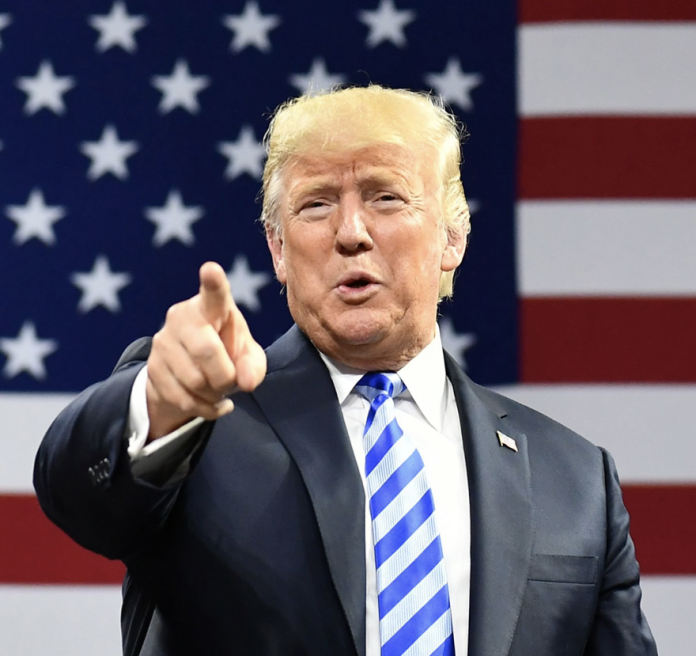 On Friday, President Donald Trump stated that he has, in fact, “toned down” his controversial political rhetoric, reports The Hill.

Trump spoke to members of the press regarding his rhetoric before departing to North Carolina. In a nutshell, the president feels confident about the degree of his public statements.

“I think I’ve been toned down, if you want to know the truth.”

Following this statement, the president then stated that he could potentially amp up his political commentary.

“I could really tone it up because, as you know, the media’s been extremely unfair to me and to the Republican Party.”

Trump’s statements come after several Democrat leaders received bombs in the mail. Since then, a suspected individual was apprehended for his alleged commission of the aforementioned crimes.

The president has also noted that political attacks are not mutually exclusive to either political party or side. While the mail bomb suspect is an alleged Trump supporter, the president pointed out last year’s shooting of GOP Rep. Steve Scalise.

Finally, President Trump stated that he will “probably pass” on reaching out to Democrat targets of the mail bomb suspect.

Since the inception of Trump’s entry into politics, his rhetoric has served as a controversial subject matter. While some Americans maintain that the president “tells it how it is,” others believe that his more controversial statements are “unpresidential.” Trump supporters frequently state that his unorthodoxy was a strong contributing factor to his success in the 2016 election.

Over the past few weeks, conversations about the ramifications of current political rhetoric have come forth. Many people in this country are unhappy about the ongoing division and also noted the importance of civility.

However, not all political leaders favor the amicable treatment of those with dissenting viewpoints. Earlier this month, Hillary Clinton met criticism after stating that Democrats can return to civility after regaining control of the House and the Senate. Many Americans consequently viewed this declaration as an endorsement of violence towards Republicans.

At this point in the country’s political climate, leaders on both sides of the aisle are facing censure about their rhetoric.