Home America Are Special Purpose Acquisition Companies or SPACs the Next Bubble?
SHARE 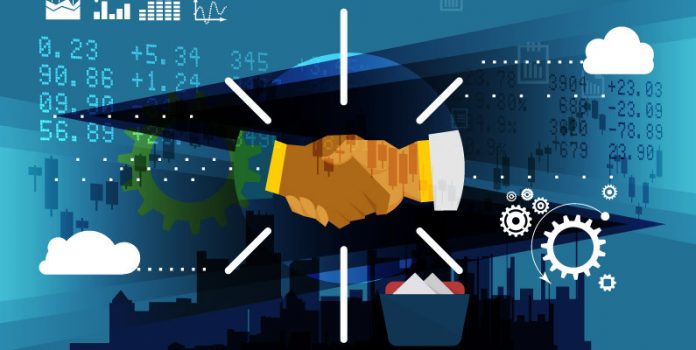 It seems like every other year, investors become infatuated with some type of new investment that starts off strong but ends up going bust.

There was the Dotcom bubble with internet companies in the late 1990s. Next, it was residential real estate in the mid-2000s. More recently cryptocurrencies and pot stocks were all the rage but were eventually met with a humbling crash. Every time it ends the same way, with investors rushing blindly in to get rich on profits they see others making, only to come out disappointed because they didn’t take the time to do their homework.

Let me introduce the newest craze, the so-called blank check companies also known as the special purpose acquisition companies or SPACs. To validate the idea, investors are all-in on this new investment, a new exchange-traded fund.

The Defiance NextGen SPAC Derived ETF now offers one-trade access to would-be SPAC investors. It tracks all kinds of big-name figures who are launching SPACs to cash in on the trend. Among them are hedge fund billionaire Bill Ackman, former U.S. Speaker of the House Paul Ryan, and Oakland A’s executive Billy Beane.

So what is a SPAC? Basically, SPAC is a shell company that attempts to acquire a private business and take it public. How that happens is that a SPAC raises money from investors in a public offering. It then goes looking around for a business to acquire with the raised funds. If a deal is made, the two companies merge and the SPAC takes the name of the business. The result is a single public company. However, if the SPAC fails to acquire a business within two years (in most cases), investors get their money back.

SPACs appeal to private businesses looking to go public for obvious reasons. Merging with a SPAC allows them to sidestep much of the uncertainty, effort, expense, public and regulatory scrutiny that comes with a traditional initial public offering (IPO).

The appeal to SPAC sponsors is the organizers who run it and hunt for businesses are very clear. If a deal is struck, they’re able to purchase 20% of the business for almost nothing which is like hitting the lottery if the share price takes off after the merger. This was the case with DraftKings’ stock when it merged with SPAC, Diamond Eagle Acquisition Corp. That 20% ownership is in addition to the money promoters make just for showing up.

For investors, the benefits are much less transparent. To begin with, SPACs don’t have a great track record of delivering deals. According to IPO research firm Renaissance Capital, of the 313 SPAC offerings since 2015, only 93 have taken a company public. Even then most of those deals have been a bust.

“The common shares have delivered an average loss of -9.6% and a median return of -29.1%, compared to the average aftermarket return of 47.1% for traditional IPOs since 2015,” the research firm said. And of those 93 that did take a company public, only 29 of those SPACs produced positive returns through September.

Despite these numbers, investors may be intrigued by the exits SPACs offer. In addition to getting their money back if the SPAC does not find a business to buy, investors can redeem their shares if they don’t like the proposed deal. However, that doesn’t mean betting on a SPAC is risk-free. SPACs are expensive to operate and those expenses fall on investors. This is regardless of whether they get a deal or not. If investors want out, there’s no guarantee their shares will be worth what they paid for them.

This also assumes investors can get out. Remember, promoters must find a company to take public if they want a shot at the big payday. This gives them every incentive to deliver a deal. And it could be any deal. Once promoters have found a company they want to acquire, they’re likely to tease greedy investors with promises of huge profits. It’s easy to get caught in the moment and to dismiss the fact that promoters are taking a big chunk of any upside.

Hedge funds are investing in SPACs

So far, the money invested in SPACs has mostly come from hedge funds and other institutional investors. That is beginning to change though. Big banks are beginning to invest in many cases. This is a sign that they’re including the investment into portfolios they manage for clients. individual investors are next. Articles about how to invest in SPACs are popping up everywhere indicating that individual investors are looking to learn how they can get in on the action too.

SPACs may be most attractive to ordinary investors. Trendy, innovative companies are staying private longer than they used to because private capital is very available. This allows them to dodge the scrutiny of public markets. At the same time, securities laws deny ordinary investors access to private markets. This forces them to watch from the sidelines as businesses they love, like Airbnb, Instacart, and Robinhood, grow from a startup into a multi-million dollar company. SPACs give the ordinary investor a backdoor to an all-access pass for investing in private businesses before they go public.

Unlike internet stocks in the 1990s, cryptocurrencies, and pot stocks more recently, SPACs have been around for decades. In 2007, the number of SPAC offerings grew to 66 from just one in 2003, according to J.P. Morgan Asset Management. Eventually, the 2008 financial crisis crushed demand. Just this year, nearly 90 SPACs have already gone public through August, and more are expected. Thanks to the abundance of big private companies, there’s plenty of potential companies ripe for the picking by these SPACs.

That’s not the only difference between SPACs and earlier boom-bust obsessions. SPACs have the mysterious distinction of asking investors to hand over their money without knowing where it will go. No business plan. Nothing. With dot-coms, real estate, cryptocurrencies, and pot stocks, investors at least had an idea of what they were buying or had the opportunity to do some research and find out.