Millions of Americans eagerly tuned in to watch one of the biggest televised events in  2020, the presidential debate between President Donald Trump and former Vice President Joe Biden on Tuesday night. It was a night fraught with personal attacks, memorable zingers, and utter chaos.

For Trump, the ultimate goal was to cleave away a small slice of undecided voters in key swing states by offering a clear-cut alternative to Biden’s America which he likened to a pet project of the radical left. Biden, who had a sparse presence on the campaign trail, had to prove to voters that he is both mentally cognizant and capable of devising his own policies, not those of the far-left wing of the Democratic Party.

Both candidates were able to partially achieve their goals, but not totally. FOX News’ Chris Wallace moderated the debate but quickly turned into a debate participant himself. The debate focused on six key issues: the Supreme Court, COVID-19, the economy, law and order, race relations, candidate track records, and electoral integrity.

Here are some major takeaways during last night’s debate.

Trump defends his SCOTUS nominee, ‘good in every way’

The night kicked off on the issue of Trump’s SCOTUS nominee, Amy Coney Barrett, which became a contentious issue in recent weeks following the passing of Associate Justice Ruth Bader Ginsburg. Democrats have urged Trump to hold off on nominating Barrett, claiming it was Ginsburg’s ‘dying wish’ to wait until the election is over.

Trump said, “We won the election, we have the right to do it,” echoing the response of the majority of Republicans in the Senate. Biden countered Trump, re-emphasizing Ginsburg’s supposed wish, saying, “We should wait to see what the outcome of this election is.”

Rather than target the character of Barrett, Biden instead chose to focus on the Affordable Care Act (ACA) and Roe v. Wade, which Democrats argue Barrett would eliminate. Repealing the ACA would “strip 20 million people of their health insurance” Biden said. “She thinks the ACA is unconstitutional,” Biden added.

Leading up to the debate most experts argued COVID-19 would be a tough topic for Trump, especially since Biden and his colleagues have focused largely on the death toll resulting from the disease, over 200,000 individuals, and have placed the blame on Trump.

Biden didn’t shy away from citing Bob Woodward’s book, which claims Trump knew about the danger of COVID-19 and said nothing at the time. In addition, Biden argued that Trump didn’t allow medical experts to travel to Wuhan, China to learn more about the virus, “he didn’t ask Xi to do that. He told us what a great job Xi was doing.”

“If we would have listened to you, the country would have been left wide open, millions of people would have died, not 200,000, and one person is too much. It’s China’s fault,” Trump countered.

Trump’s major sticking point on the issue of COVID-19 was that Biden decried his travel ban on China, saying that Biden called him “racist and xenophobic because you didn’t think I should have closed our country… you wouldn’t have closed it for another two months.” On top of that, Trump also was keen to point out that Biden was in favor of lockdowns, which the President claims have done irreparable damage to the United States.

On the question of a vaccine, Biden said “we’re for a vaccine, but I don’t trust him at all [Trump], and neither do you.”

Issues of race and policing have become a key issue throughout the 2020 presidential election, reaching a fever pitch in recent weeks. This can be clearly seen during the debate when Biden called Trump a “racist,” saying that the riots in Portland, Chicago, New York and elsewhere have occurred “under his watch.”

Trump refused to back down on the issue, arguing that the majority of the violence is occurring in cities run exclusively by Democrats. “If you look at Chicago where 53 people were shot and eight people died…it’s crazy what’s going on. He [Biden] doesn’t want to say law and order because he will lose his radical left supporters and once he does that it’s over with,” Trump fired back.

Biden went on to claim that Trump is the one who wants to defund police, claiming his administration wants to cut $400 million in law enforcement assistance. The attempt to paint Trump as anti-law enforcement proved to be a misstep for Biden and was one of Trump’s strongest moments in the debate.

“He has no law enforcement support,” Trump said. Biden denied the allegation that police do not support him, leading Trump to riposte, “Oh really? Who do you have? Name one group that came out and supported you. Go ahead. We have time.” In a lackluster response, Biden said “We don’t have time to do anything.”

The topic eventually led to the riots that have wreaked havoc upon American cities in recent months. Sticking to previous talking points, Trump said that he would gladly end unrest in America’s cities if state governors and mayors would ask him for help, but they haven’t.

Interestingly, Chris Wallace asked Biden if he would make a phone call to political leaders in the aforementioned cities, asking them to put an end to the violence. Biden refused to do so, arguing he isn’t in public office anymore.

Hunter Biden and his ties to China and Russia

At multiple points throughout the debate, Trump attempted to raise allegations that Joe Biden’s son, Hunter Biden, accumulated millions of dollars while Biden was Vice President in the Obama administration.

“The mayor of Moscow’s wife gave your son $3.5 million dollars. Why is that Joe?”, Trump asked.  Biden flatly denied the allegations, saying repeatedly “it is not true.” Trump kept up the pressure, this time questioning Biden on why his son made $183,000 per month while working for Ukrainian energy company Burisma when he had zero experience. 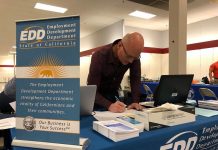 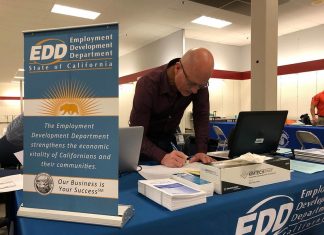